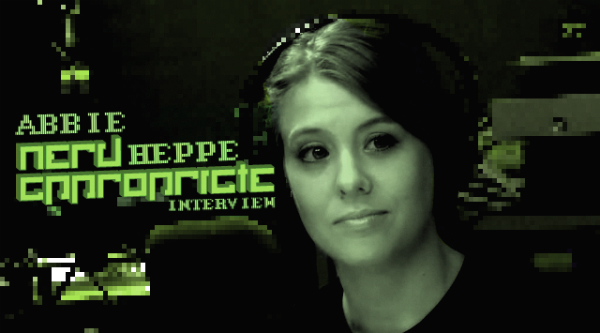 For those that are unaware, up until this week Abbie Heppe held the coveted title of Senior Gaming Content Producer at G4TV.  Days after we completed this interview Abbie announced that she would be leaving G4 for a job at Respawn Entertainment.  Respawn Entertainment has the capacity to become an industry giant, with both the backing of EA and a pedigree like no other.  While still in the early stages of their first IP, Respawn is pretty much guaranteed to come out swinging (or shooting).

Abbie was also a regular on one of our favorite podcasts, Feedback. If you haven’t gotten a chance to listen to or watch Feedback, do so immediately! Each week on Feedback, G4’s game gurus get together and discuss the inner workings of the video game industry.  Their knowledge and insight is unparalleled.  I promise that you won’t be disappointed.  With Abbie leaving G4, it will be interesting to see who helps them fulfill their weekly f-bomb quota.  Feedback on G4

I ran into Abbie last July at Comic Con 2010 and spilled my guts about my love of Feedback and gaming in general.  She was nice enough to chat with me for a few minutes, and her words of wisdom actually played a big part in the creation Nerd Appropriate.com.  Abbie was cool enough to keep the lines of communication open and took some time out of her busy schedule to answer my questions.

NA – Ash: So let’s get started, what does your typical work day consist of at G4? (I know dodging Nerf missiles has become a life skill)

Abbie Heppe: We’ve advanced to tiny flying helicopters that shoot tiny plastic missiles over here, so I have become adept at swatting those down. We do have a lot of fun, mostly in the form of intensely nerdy conversations about video game minutia, but really, I spend a lot of time in my cubicle sending emails or in meetings talking about upcoming ideas for the show. I wish I could make that sound more exciting, but even awesome jobs have more mundane responsibilities. Most of the time, when I’m playing a game for work, I do it at home. Best homework ever.

Abbie Heppe: I’m not sure. I was never a cool kid but love of video games never seemed to define who was nerdy or not, at least in elementary and middle school. Kids would fight for the PC with the good games like Oregon Trail or Arkanoid on them in typing class and there was no stigma attached to playing video games. They seemed like neutral territory. So, anyway, I attached an old picture for you and I think its self explanatory why I wasn’t cool but on top of that, I just didn’t have the same interests as other little girls and as you progress through school and kids get clique-y, there’s no popularity reward for being weird and tomboyish. I’m not sure that’s changed at all.

NA – Ash: As a high school history teacher I always find it interesting when games have elements of real history built into their narrative. Do you think it’s wise for developers to allow players to control “real life villains?” (IE: Nazis and the Taliban)

Abbie Heppe: I’m not sure if most gamers connect their experience playing those characters with their historical implications. Given the amount of racist user generated content I’ve seen in games over the years though, I’d rather not encourage certain individuals. The CoD controversy is especially interesting because whether one team carries the label of Nazi or Taliban or not, they’re still implicitly Nazis or the Taliban because there has to be good guys and bad guys. I never even think about the side I’m on when I play those games though. It’s not a question I can say “yes” or “no” to because so much of it is dependent on how tasteful and respectful the developer is of the content.

NA – Ash: : There was a lot of controversy regarding your Metriod: Other M review (Which I though was awesome /high 5 ). Do you ever hold back while writing your reviews in order to contain potential community backlash?

Abbie Heppe: Well, two days is really going to cut down on my ability to travel. If you’re trying to get at what my fantasy is, I’d like to cage dive with great white sharks more than anything else in the world. The realistic answer to your question is that I’d use the money for bribes (I assume an alien invasion would be worse for airports than a blizzard in the north-east) and travel home to spend that time with my family. 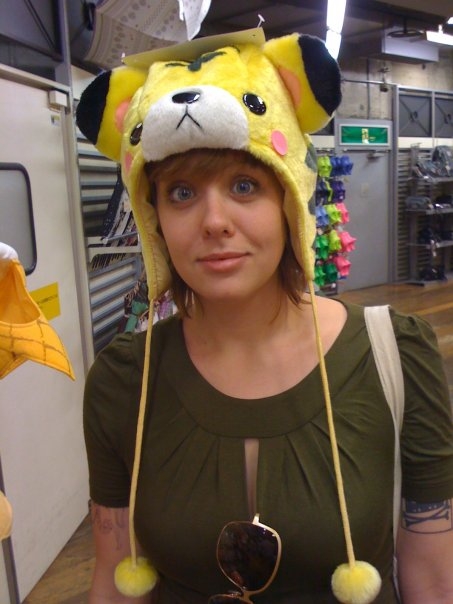 Abbie Heppe For one, I am not unstoppable. I will admit to being pretty good, but I’m not a natural; I’ve had years of experience and repetition to develop my skills and if I had an ounce of patience, I’d probably be better than I am now. As far as transitioning from mouse and keyboard to controller, it was awful at first. I remember playing Halo with my little brother and I wouldn’t stop complaining about the size of the controller and superiority of PC gaming. I was such a snob. And I didn’t transition with Halo. I didn’t transition till Gears of War. At the time, my PC had died, I was working in the games industry and needed to play everything and my community of gamer friends had shifted to console. At the very least, I had good reflexes and strategy which helped. Team Fortress 2 definitely made me rethink console gaming because the level of competition was so aggravatingly low, but COD4 kicked my butt into shape. I spent 18 days (game time) playing and never managed to recoup the deaths I accrued learning how to play properly. Now it’s just second nature.

“I remember playing Halo with my little brother and I wouldn’t stop complaining about the size of the controller and superiority of PC gaming. I was such a snob.”

Last month we asked some of our readers who they wanted us to talk to next, and Carrie Keagan’s name was on the top of the list. Carrie actually intercepted our tweets and agreed to do the interview on the spot… that sort of thing generally doesn’t happens to us, so we were jazzed to say the least. 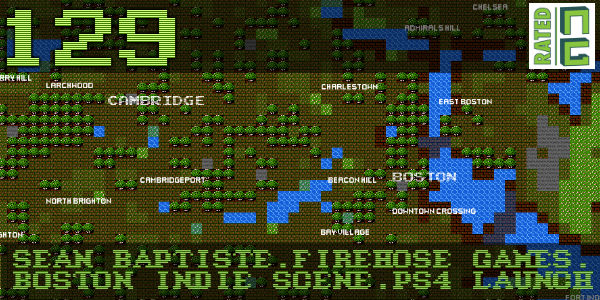 Sean Baptiste from Fire Hose Games drops by to talk about their recently announced indie incubation project. We also talk about his journey into the gaming industry, the Boston indie scene, and his standing in the NAFFL. Finally, in our indie themed NAQOTW, you tell us about your favorite indie games so far! 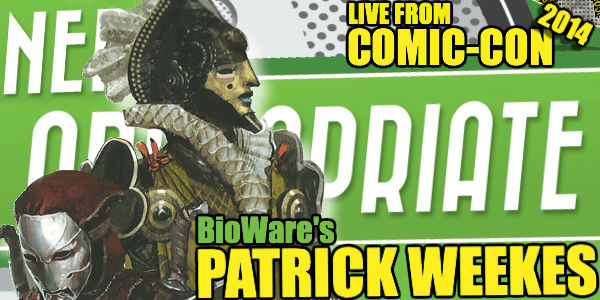