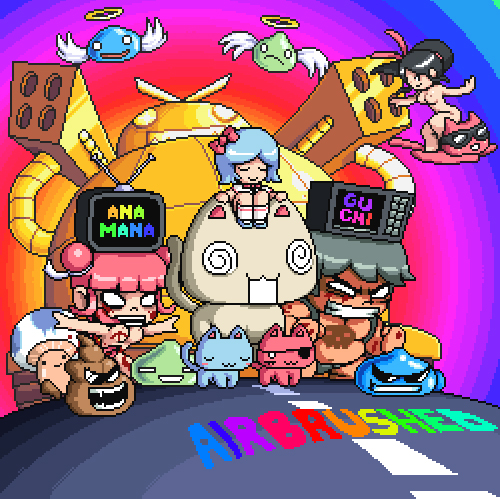 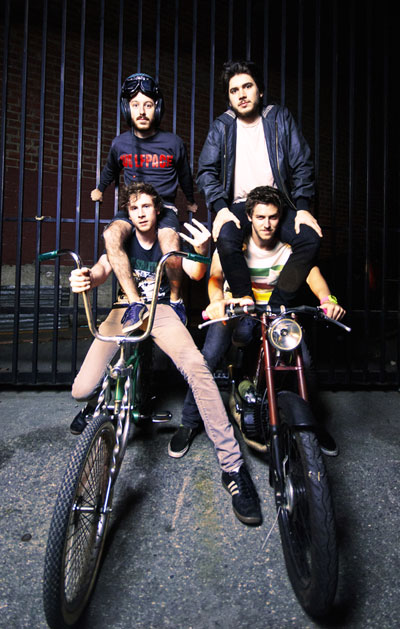 Anamanaguchi may not be a household name to some, but anyone who played the phenomenal Scott Pilgrim: The Game on Xbox Live this past summer will be well aware of their music. Anamanaguchi play in what is called the chiptune (or chip music) scene. They have two hacked original NES systems on stage with them that bang out 8-bit music like no ones business. The band then ratchets up that sound with live drums, guitar and bass. It makes for one hell of an energetic show, and after the Soundtrack, people took notice, landing them as high up as #4 on the Billboards Heatseakers chart. Luke Silas from the band took some time out of his schedule to answer these questions and answer he did. I had a ton of fun doing this interview, I can only hope he did the same.

Matt: First off I just want to say we all love your music at nerdappropriate.com and thank you for taking this time out of your schedule to answer some questions for us. I try to keep them pretty light and fun.

Luke: Dude thank you so much! Let’s party a little bit! <3

Matt: So lets start it off with the important stuff first, when did your love of 4Loko begin and what drove you to the cold outdoors of Union Square in Nov. to stand up for your right to party?

Luke: I’d say each of us has had a long, rich history with 4Loko, each with their own highs and lows and puking; suffice to say that our experiences have shown us that the youth of America would be deprived amazing memories (kind of) if the beverage were to leave the shelves.

There’s probably an inordinately small amount of gaming on the road, but when we do actually play it’s on one of the Nintendos. One of the Powerpaks is loaded up with every NES rom ON EARTH, so we can rock it in the car from time to time (Wheel of Fortune is a favorite).

Matt: Have you found a particularly strong community in the chip tune crowd? Is it easier to book shows with similar style bands or do you find yourselves getting mismatched a lot?

Luke: It’s pretty astounding how supportive the chip music scene has been to us throughout the years! As far as booking goes, we’re pretty good at not limiting ourselves to a specific type of band we like playing with. We definitely believe the best way to expand the chip scene is to play with awesome NON-chip bands, and just keep the circle growing! That said, there have of course been shows where we’re the odd folks out, but that’s a fairly standard experience for bands out there on their own.

Matt: You seem to have no fear of digital distribution for your music. Whether it is through your summer singles series (which was phenomenal by the way) or 8bitpeoples. Has it added challenge to selling records or do you feel that has been more of a boon to your live shows and actual fanbase?

Luke: Aww, thanks for the kind words! It seems fair to say in our case that it’s been a really effective method of putting ourselves out there. Our last record, Dawn Metropolis, has also been very active on the torrent site What.cd since its release, but plenty of people who have found us through there have gone on to buy the record, and more than that there’s been amazing turnouts at shows! When people really appreciate something, they’ll show their support one way or another.

Matt: Along with your unique take on pop music, comes an awesome art direction. Do you do your own designs for websites and merch, or do you guys have a trusted source for what can be best described as japanese, 8bit art on meth? (I think that’s a compliment…right?)

We Take No Responsibility For Seizures

Luke: Haha, I think we can take it as a TOTAL compliment! We feel that our sound has a very strong synaesthetic aspect from both the NES sounds as well as the overall hyperactive nature of the songs; pretty much sounds exactly like what you just described, haha. We have a few friends we reach out to for our visual needs, but we’re always down to branch out and work with new people we think are awesome.

Matt: You guys have outed your love for bands like Weezer and Beach Boys, but let me set a scene for you. You roll into Valdosta, GA and find out you’re playing a biker bar. No one pays attention, you get a meager pay out and now you have to pile back into the van and overnight it to get to the next show in Tennessee. Other then firing your booking agent for the poorest routing in the world, what do you throw on the stereo to get pumped up and moving to the next show?

Luke: I think we each have our own picks, so let’s go down the line!

Matt: How do you support your love of video games on the road? Everyone loaded up with a PSP or DSi or do the modded nes’ still manage to play video games when you show up in a new venue?

Luke: There’s probably an inordinately small amount of gaming on the road, but when we do actually play it’s on one of the Nintendos. One of the Powerpaks is loaded up with every NES rom ON EARTH, so we can rock it in the car from time to time (Wheel of Fortune is a favorite).

Our last record, Dawn Metropolis, has also been very active on the torrent site What.cd since its release, but plenty of people who have found us through there have gone on to buy the record, and more than that there’s been amazing turnouts at shows!

Matt: Please make up the best story possible for how you got your name: Anamanaguchi, also after drinking two 4Loko’s how difficult does it become telling people what band you are in (purely a scientific poll)?

Luke: Well, we were all fashion majors in school, and when we started a band it only made sense to combine the surnames of our three favorite designers: Armani, Prada, and Gucci. We started saying it a little too fast and it became what it is today! Studies have shown our name to be a mouthful when sober, so when you’re rolling 8Loko it only becomes more difficult. You know how it is at that point.

Matt: How did you guys get hooked up with the Scott Pilgrim: the game soundtrack? Also how amazing was it to see your name pop up on Billboards Heatseekers chart (up to #4)?

Luke: We were on tour in the summer of 2009, rolling through Lexington, KY (one of our fave little towns), and were getting ready to crash out when Pete saw a copy of Scott Pilgrim’s Precious Little Life

on the table; noted it was awesome, and went to sleep. Not ten hours later, we’re going out for coffee before hitting the road, and we get a call from Ubisoft asking us if we’re interested in working on the Scott Pilgrim game. (click to play Chrono Trigger Sealed Chest Song) It was a bizarre, amazing dream come true. We were definitely freaking out a little as we kept tabs on the charts, hopefully it’s not the last time we’ll be up there! ;p

Matt: What should we be looking out for in 2011 from Anamanaguchi?

Luke: We’re about to head down to SXSW in Austin in March, and immediately after that we’re hitting the road for a while with our good friends Peelander-Z! In case you don’t know them, they’re the BEST BAND EVER, and we’re hitting a million cities in the six weeks or so we’ll be out! All dates are posted at Anamanaguchi.com! Aside from that, we’re always working on new songs, and the intention is to get a new full-length out super soon.

Matt: Lastly, when robots take over the planet and they come to you for their national anthem, will you agree to write it for them, or will you fight the revolution with the power of your rock?

Luke: I think we’ll have to cross this bridge when we come to it, and size up just how bad the situation really is; for now, I think “Computer Love” by Zapp & Roger will do just fine for any robot anthem needs.

Matt: Thanks so much for your time, I hope you don’t find these questions to ridiculous, but we like to have fun with our interviews. Best of luck to you and keep on entertaining with your great brand of rock! 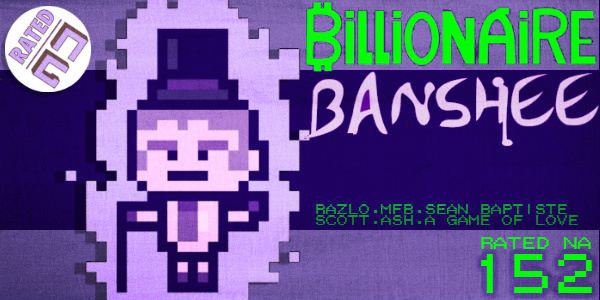 [HOSTS: Ash, and Scott] We welcome Steven Bailey (from Game Yay Fun) to the program to talk about his new indie tabletop card game, Billionaire Banshee, as the project enters the final days of the KickStarter campaign! Old pals, Sean Baptiste and Miellyn Barrows, join in for a live gameplay session of Billionaire Banshee. As always, Matt, Ash, and Scott kick it off with the past two weeks of shenanigans… and Thundershirts. Deny or Date?! 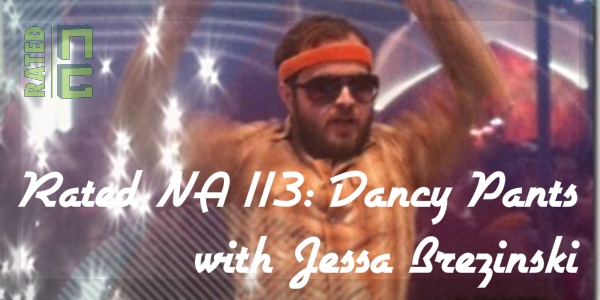 This week, we welcome Jessa Brezinski from Harmonix to talk about Dance Central’s summer fitness challenges, community management, life on the convention road, and nerdy hobbies. Be sure to keep an eye on @JessaBrez, @Dance_Central, and @FantasiaGame for the latest. I am loving it.